OUR STORY
HOW IT ALL BEGAN

MMVapors stands for Metal Madness Vapors.
We began our company in 2012 in Greece in the middle of the crisis.
It all started at home with an idea from Dimitrios on a piece of paper, this idea became the DID!

MMVapors stands for Metal Madness Vapors. We begun our company in 2012 in Greece in the middle of the crisis. It all started at home with an idea from Dimitrios on a piece of paper, this idea became the DID! What can we say about the DID, one of the first genesis atomizers, still used by many people to this day.

He DID it! That was a great start.

At first since the business was small the orders were shipped one by one in envelops covered with stamps and yes Dimitrios did lick every single one of those stamps!

After the DID came the Temon and the Poldiac and many more wonderful products but we will explain these two names a bit more since they are very special to us.

Temon was the nickname of a family member that we lost along the way, killed by a car while walking home from work, at the age of 24. His real name was Panayotis but Temon was his nick name, it means “part of me”. Because of this sudden and terrible loss we dedicated the device in his honor and named it after him.

Poldiac was the nick name of Kostas who was with us from the very beginning, he was diagnosed with Hodgkin’s disease and 28 years when we lost him to this terrible disease. The new battery holder was in the testing phase when we lost this dear friend and partner. So we decided to name the new battery holder Poldiac in his honor, to keep the memory alive for generations to come. Poldiac was also the first one in the company that was able to build a perfect coil.

Both these wonderful people are missed like crazy and we wish they were still with us.

As you can read MMVapors had a very rocky road to travel from the start with a country in crisis and the loss of two partners and friends, but we continued to build on this company, this idea forged in a living room of a small house in Greece. In the last 8 years we have grown to a legal company that sells its products worldwide, that has fast shipping, excellent customer service and is continuing to grow with each new products that we design and develop. 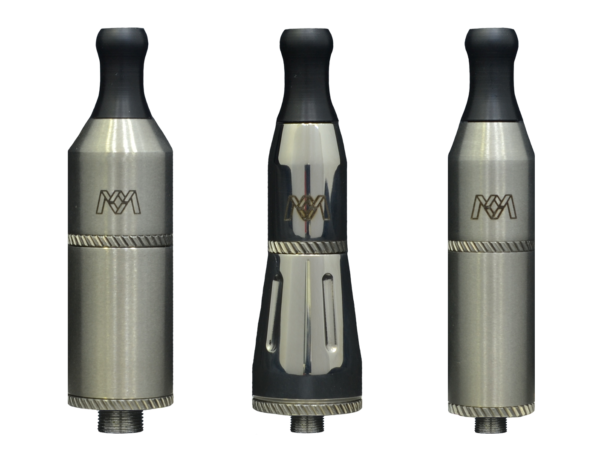 Some of our DID series

Dimitrios philosophy is, and always will be, to think as a customer and do everything in the same way he would want to be treated. This has resulted in excellent customer service, compatibility of products, products that have both function as well as great aesthetics, availability, warranty and last but not least logical prices to reflect the excellent quality.